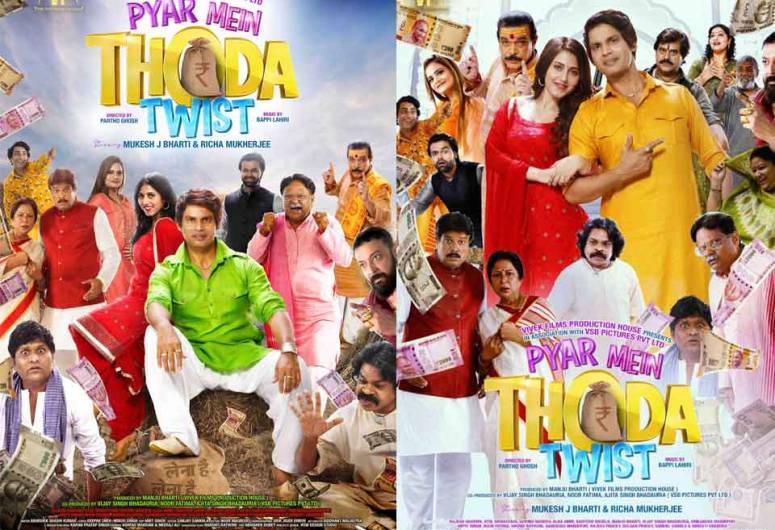 Bharti said, “Today I'm very happy that my upcoming movie Pyar Mein Thoda Twist Poster has been released and I'm getting a good response from people, family, and friends. I thank my director Partho Ghosh for his trust and belief. Today is a big day for me and my team”.

Pyar Mein Thoda Twist is a romcom and action-drama film. It's the story of a town near Lucknow, the state capital of Uttar Pradesh. Hero of the film Mukesh J. Bharti and Heroine Maya love each other even after knowing the old rivalry between their families. The twist comes with the entry of Jwala Singh aka Mr. Wanted, who joined everyone in town and police on their manhunt. How everyone's life changes with Jwala Singh's aka Mr. Wanted's entry into this romcom is told in this film.